Developed by Professor Félix de Moya, Research Professor at Consejo Superior de Investigaciones Científicas, SCImago Journal Rank is a prestige metric based on the idea that ‘all citations are not created equal’. With SJR, the subject field, quality and reputation of the journal has a direct effect on the value of a citation. The SJR:

The SCImago Journal & Country Rank (SJR) is a portal that includes the journals and country scientific indicators developed from the information contained in the Scopus database (Elsevier).

The SJR was developed by the SCImago Research Group from the Google PageRank algorithm.

The SJR will also create maps or bubble charts based on a subject citation relationship. 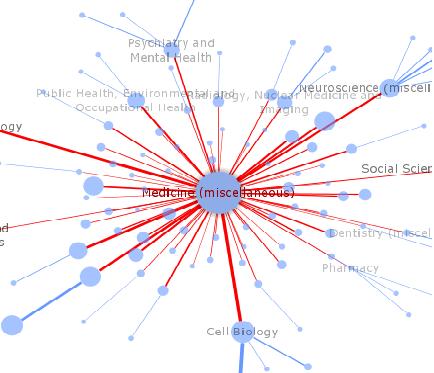